Crissy Naticchia remembers her husband mentioning a tick bite. They both thought it was no big deal, so they forgot about it. Then her husband started turning yellow.

50-year-old Jeff Naticchia didn’t feel ill at all that day. It had been a quiet afternoon outdoors with his family at their home in Bucks County, Pennsylvania. Now, as they went indoors, he noticed he had one of those ugly dark spots on his hand, definitely a tick trying to suck the life out of him.

He was used to the ticks; their house’s unfortunate situation next to a park meant they always had ticks pestering them. Jeff plucked it off and went on about his evening. Then all of a sudden, one day later, he started feeling unwell.

His wife Crissy suggested he seek medical help, but Jeff brushed her off, calling it nothing. Crissy was understandably surprised at Jeff’s sudden illness, considering he’d only been sick twice during the 26-year-old marriage.

But then the fevers and night sweats started, and Crissy had to change their bed sheets and clothing almost twice in the night. This time around, Jeff agreed to seek medical attention. At the hospital, various tests were carried out, but doctor after doctor couldn’t identify the illness.

A few wanted to call it Lyme disease, but the symptoms didn’t feel right. About that exact time, Jeff started turning yellow all over his body. By the time a senior doctor confirmed it was babesiosis, Jeff was in terrible shape. He passed away a few hours later.

A Senseless Cause of Death

For Jeff’s widow Crissy, this was the worst, most senseless way her husband could die. She revealed via various news outlets that he had been working to become more active and fit through exercise, and it had started paying off. She also admitted that he was a loving father that did anything to make his people happy. How could he die of something as small as a tick bite? 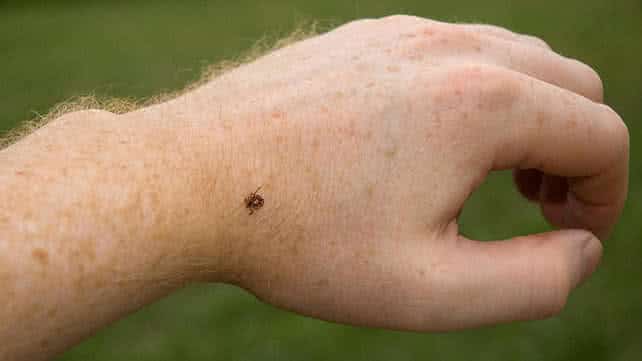 The Mystery of Babesiosis

As it turns out, this wasn’t just any other tick bite. Most people expect ticks to spread only Lyme disease to people, but this tick gave Jeff another condition Crissy had never heard of, called babesiosis.

The doctors revealed that if he’d removed the tick from is a body within 24 hours, and he’d have lowered his chances of contracting the disease considerably. But the Naticchias were so used to ticks that they sometimes didn’t feel them until hours later.

And why wasn’t it diagnosed quickly enough? The condition wasn’t yet common in Bucks County, however, unlike Lyme disease, doctors said, so it wasn’t an easy call. In the end, Jeff Naticchia had to die.

For months, Crissy Naticchia shared her grief with her two children, but some moments were especially hard, like when one of them had to go off to college without their father. But then a thought occurred to her. She could be a beacon. She could light the torch that made others aware of babesiosis.

Crissy decided to set out on an awareness campaign via social media and various online outlets, telling everything she could about her husband, ticks and babesiosis. Her efforts paid off, and her campaign has since attracted national and international attention. For now, she hopes she’s doing her husband enough justice. 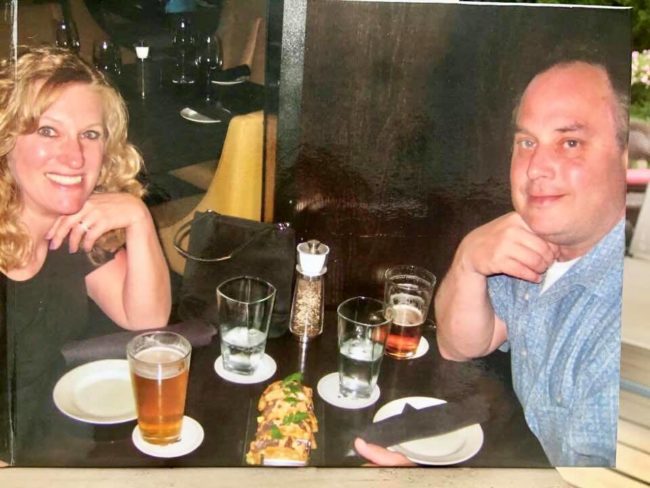